A few of my favorite bone divination pieces

I have previously written about the pieces that I feel are the most important pieces in my set, but this time I decided to show a few of my favorite pieces. Though I have had many pieces come and go for various reasons since I started on this path, my favorite pieces have remained fairly consistent. 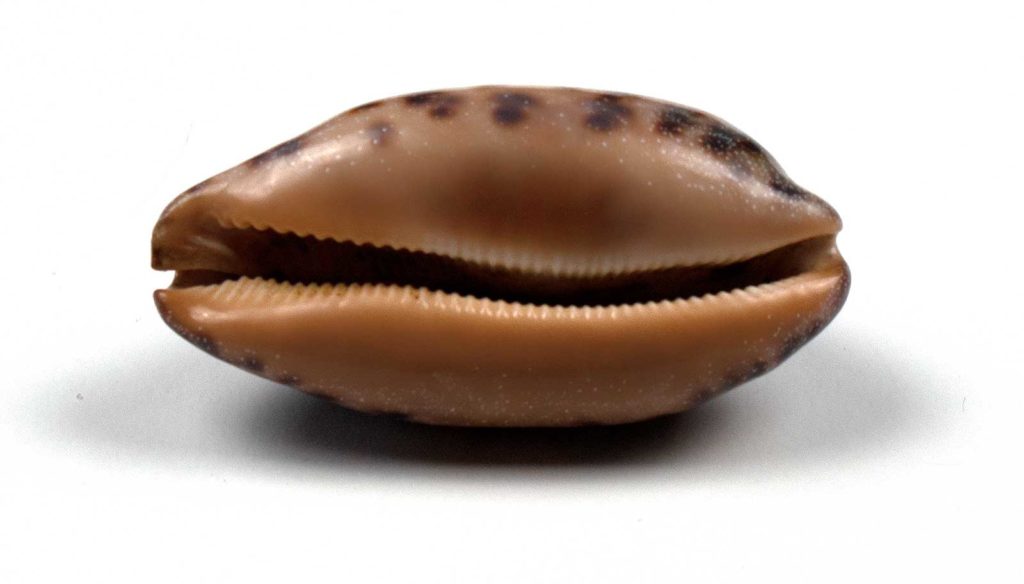 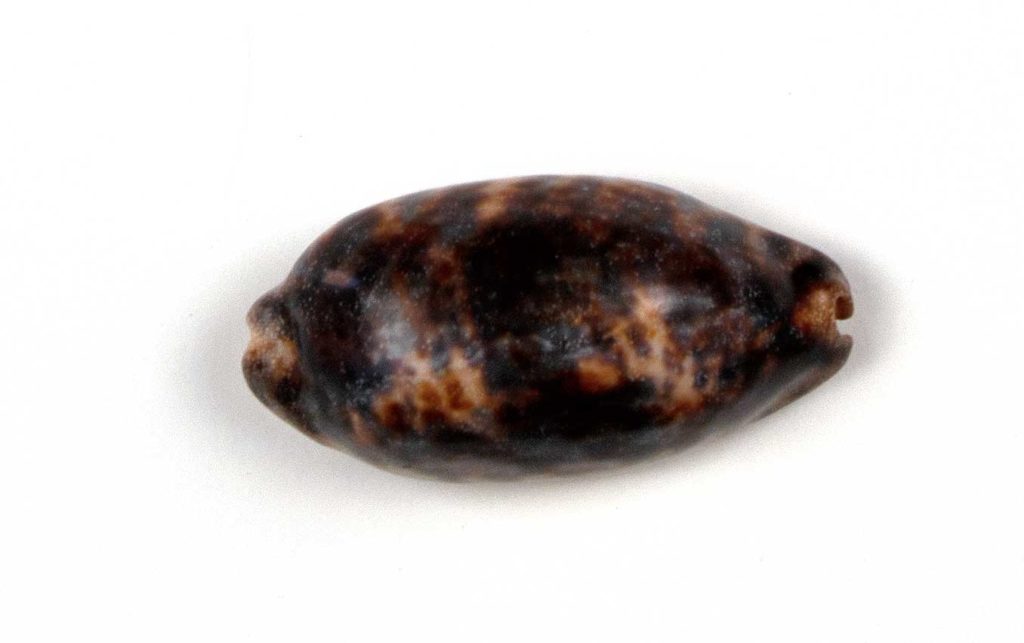 This large cowrie shell was one of the earliest pieces I added to my set. It represents an ancient ancestor. When I first started putting my set together, I used to go Ocean Beach and shop the shell stores. I would look at each one carefully and hold it in my hand to feel its energy if it had any. Shells are inexpensive so I would buy several of each type so that I could pick the one I liked best at my leisure.

When I saw this shell, I knew that it was different. I picked it up and its energy was strong, and it felt good in my hand. It was more expensive than my usual purchases (the princely sum of $2.00), but I knew I had to have it, so I bought it and it has been in my set ever since.

Sometimes the larger cowrie shells in my set can get mischievous. When a piece goes missing my cowries are the first place I look – picking each one up and shaking it. Most of the time the missing piece will be in one of the cowries. I use the pointy end of a porcupine quill to gently line the missing piece up with the mouth of the cowrie and fish it out. Despite being the largest piece in my set, this shell has never swallowed another piece. I think it has too much dignity for such shenanigans. 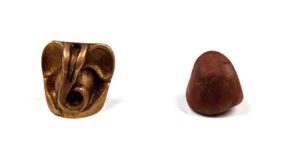 This is my elephant that represents knocking down obstacles, and my obstacle stone. This is the second elephant I have had in my set. The first was a brass Ganesh* that sits on my desk now. I don’t even remember where I purchased this elephant – possibly at a Gem Show. I just liked the way it looked – like a piece of modern sculpture.

The stone represents obstacles. It is also one of my earliest pieces. I found it while walking my dog. It was sitting in the street near the curb, and the red color caught my eye right away. When I picked it up it reminded me of a little mountain. I added to my set and it has worked hard for me ever since. 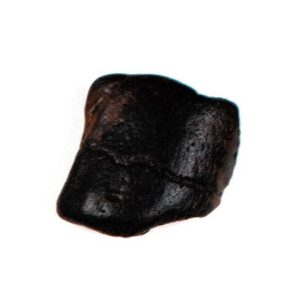 This piece was given to me by another bone reader whom I never met in person, but still consider a friend. It is a piece of fossilized skull. I use it to represent meditation and deep thought. Although it’s hard to see in my photos, it is so well preserved that you can see the tiny lines where the pieces of skull fused together. I don’t know what animal it comes from, but it doesn’t really matter for the meaning I have assigned to it.

And last, but not least, my possum rib. This bone was obviously broken and healed while the animal was alive. I use it to represent something hurtful, or a trauma that one has healed from. The scar is still there, but it made them stronger.

I have several other pieces that are dear to me as well, most of which were gifts from other readers. I will save them for a future post.

Book a reading or class now! 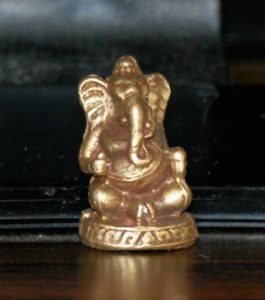 * Ganesh on my desk